Posted on October 24, 2011 by imagesbytdashfield

Call me a glutton for punishment or call me a big kid who likes to play dress up…either way I went back for day two of Comic Con.  Let me start out by saying day one was much more crowded and much much more fun.  All of the ‘stars’ that were on board for the event were seen but for one.  Batman and Robin from the Pow, Blam, Zap age (Adam West and Burt Ward) were there.  You had to pay to take pictures of them and get their autographs.  I don’t like anyone that much to pay for that, so yours truly snuck around those parameters and got pictures without paying.  Well, I did of Burt ward but not Adam West.  He had lookouts!  Billy Dee Williams was there signing, James Marsters from Buffy the Vampire Slayer (Spike), Claudia Christian from Babylon 5, Walter Koenig from Star Trek was there but missed him entirely. and Gil Gerard from Buck Rogers.

Let’s just say everyone has changed a “bit” from the days when they were staring in the roles that made them famous.  I will say that Claudia still pretty much looks like she did in Babylon 5, Spike is no longer blonde, Billy Dee is still recognizable, but I did not know that was Gil until DH told me as we were leaving.  “Huh? Really? Seriously? and I walked past him how many times?” Oh well………  The second day I decided to go as a Steampunk character.  A whatsits you say?  It is a genre of  of science fiction, fantasy, and alternate history which DH broke down to it’s least common denominator as Time Machine science fiction and Victorian era Britain clothing and visions of how things would or could be made, but with everything steam powered.  Imagine a steam powered watch with loads of gears, weirdly cool don’t you think?  Again two of my favorite things combined – science fiction and dressing up!

So here I went again.  I was working the whole Victorian ruffles and bows and lace up booties with earrings that were a series of gears.  I intend on expanding my wardrobe for the next event.  There are design ideas in my head now and my feet are still killing me from being in heels for hours! 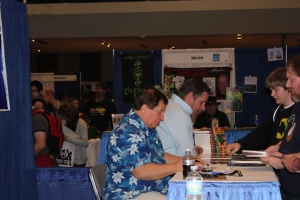 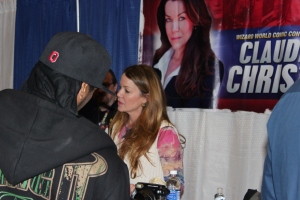 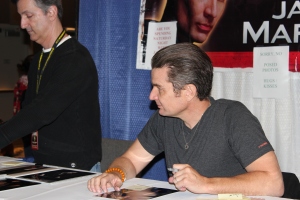 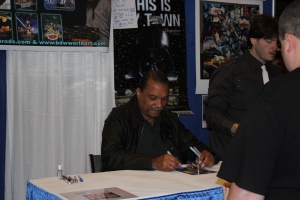 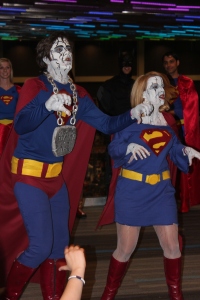 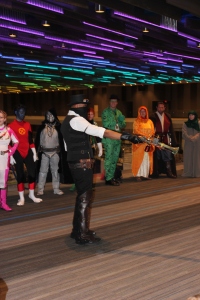 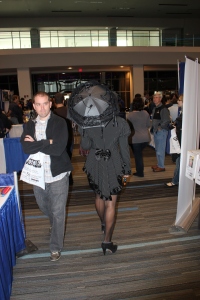 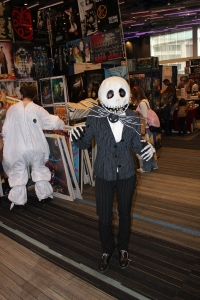 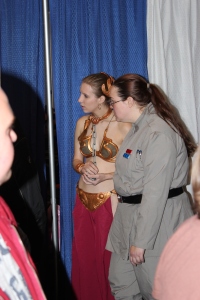