Posted on June 18, 2016 by imagesbytdashfield

I didn’t take a photo of the waterfall here as several of my companions had already camped out there; there were others further along that I was able to capture.  Instead I headed toward this red Chinese bridge near the waterfall and what it held.  Why it’s called Swan Island I have no idea but the sign on the bridge tells you that it is a 36 foot clear span bridge constructed in 1989 before the lake was filled and before they even gave thought to making the gardens.  The little island had irises around it that were all spent but for a couple of yellow ones and next to the bridge sits a Japanese teahouse nestled among different species of trees and pink rhododendrons.

I can only imagine the mind soothing tranquility of the area when the only sounds are those of nature and the wind chimes. 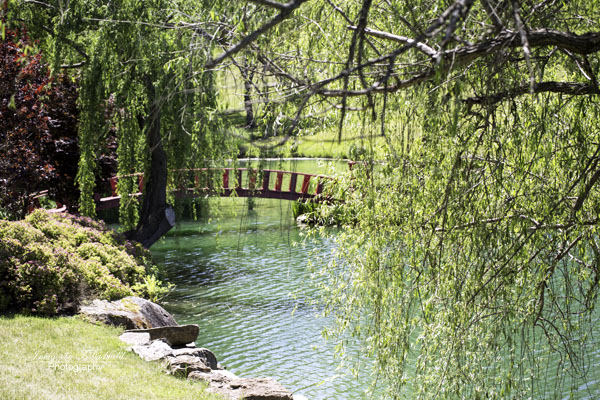 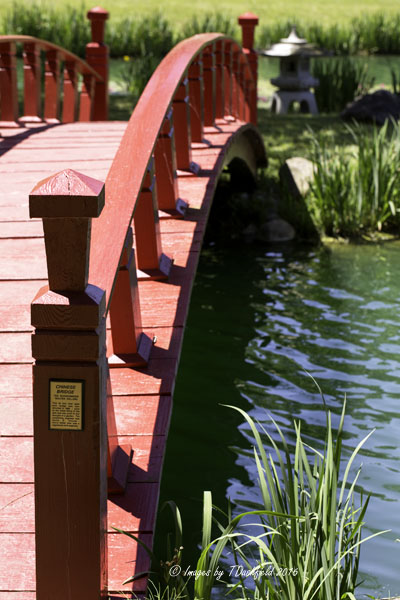 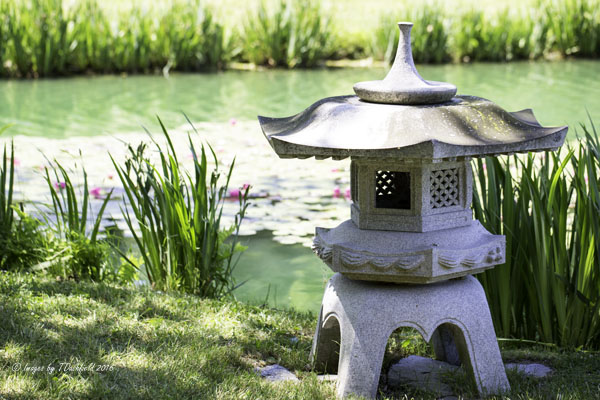 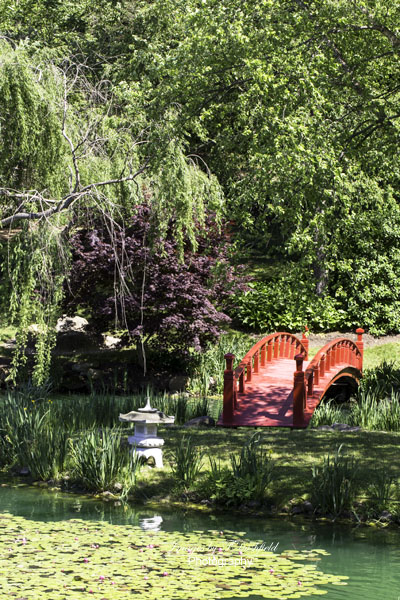 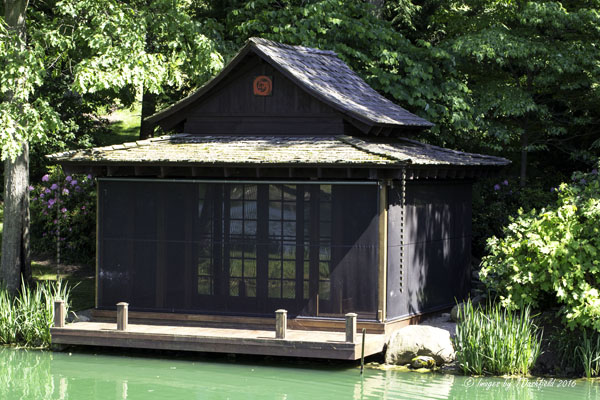