Fireworks and some tips on photographing them

Posted on July 3, 2016 by imagesbytdashfield

Fireworks displays are to be found around the globe as are photographers out there capturing those colorful bursts of light against a dark sky.  Here are a few tips for photographing these events.

You will need your camera (of course) and a zoom lens.  If you don’t have a zoom lens then a long prime lens will work.  As stability is paramount, a study tripod is needed because you will be working with long shutter speeds.  A monopod will work too providing you can hold fairly still and they do work better when in crowds.  A shutter release cable is useful in order to prevent any further camera shake and remember to set out with media cards and a charged battery in camera as well as a backup one.  Bring along a flashlight or a cell phone for lighting because you will be in the dark and need to not only see where you are going but to be able to see the settings on your camera that don’t have a light function.  Having a chair or blanket to sit on while you wait is a good idea and depending on the time of year, insect repellent.  You are shooting outdoors.

If at all possible, scout out where you will want to set up camp for taking the photos ahead of time.  Fireworks are pretty big so it’s not necessary to get up close and personal with them but you will be competing with other people who want a good view of the display so claiming your spot early might be advisable.  It also helps to know which direction they will be launching the fireworks from.  I had a general idea of where they were going to have these fireworks as this was my first time attending this annual event, I was just off in what direction.  The camera and I were turned to the left and set at 200mm when this happened in front of me.  There was some quick camera adjustments done and backing up in the dark in order to get the shots I was there for. 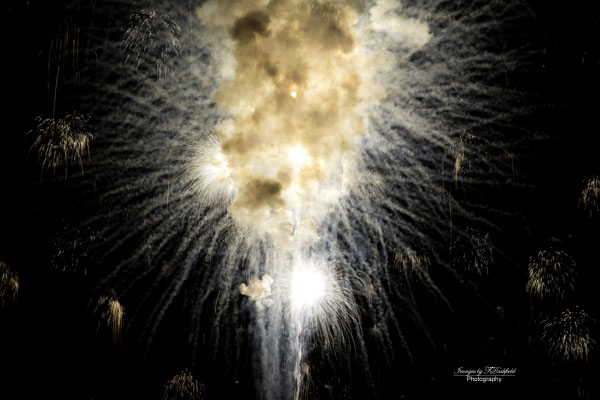 You are there to enjoy yourself as well so try to see some of the fireworks display not through the view finder and remember, when you hear the 1812 Overture that’s a pretty good sign that the finale is about to begin 🙂 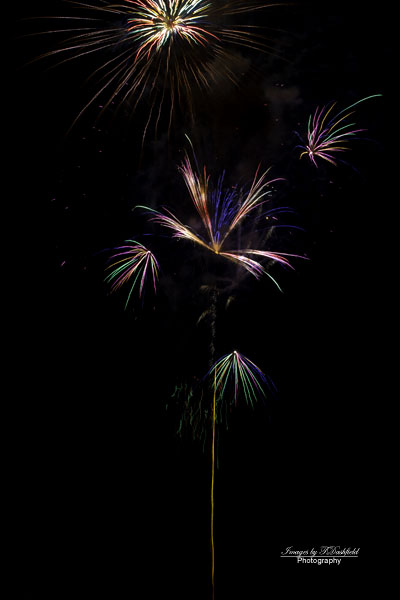 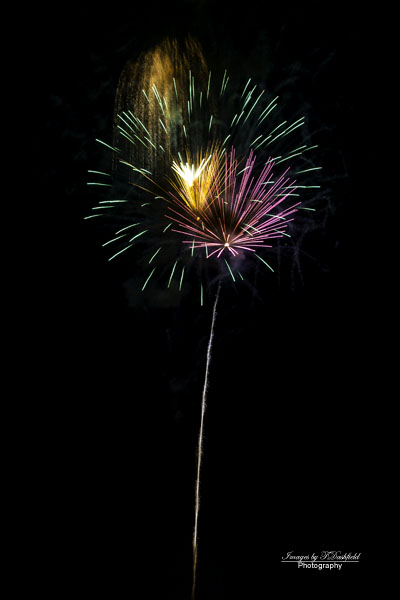 27 Responses to Fireworks and some tips on photographing them