Posted on December 17, 2016 by imagesbytdashfield

One afternoon (which turned into evening) all seven of us piled into two cars and went to show the kids the festivities at the old Saint Charles Christmas Traditions event (link here.) I had forgotten what it took to get two older children and an infant ready to go on an outing in the cold and time marched on.  Let’s just say it went from us being able to go when I’d have good light even though the skies were very cloudy and grey to it being dark and my needing to bring out the flash.  I won’t mention the issues that ensued with cold fingers, cold camera and cold batteries and their life span!

The older ones had fun getting hot chocolate and pretzels while the baby was in his little snow suit which made him look like a Teddy Bear in his infant carrier strapped to his mother’s chest under her coat.  People assumed she was just a bit “chubby” and didn’t realize there was a baby under her coat.  We made the Sugar Plum fairy squeal with delight when we showed her the top of his little head; he slept through the entire outing.  Most of the Santa’s and other characters were gone by the time we arrived but the lights and the hot chocolate were enjoyed until we decided to call it quits and head home to defrost. 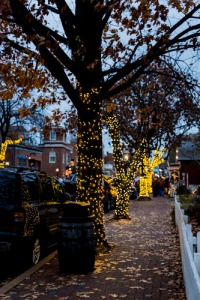 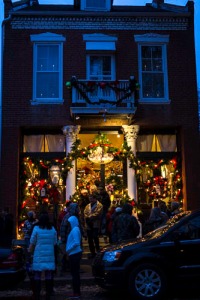 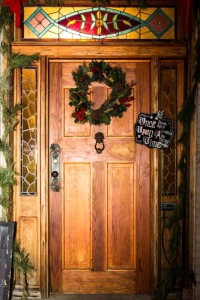