Trying to photograph the Bass Harbor Head Lighthouse at sunset

Posted on November 21, 2017 by imagesbytdashfield

Notice it says trying.  When we did our Tour de Lighthouse in 2016 there were several we managed to get great photos of (see my posts under search keyword lighthouse) and almost as many we didn’t because we couldn’t find them, were running behind schedule, the fog really came in or in the case of this one – too many tourists and not the right vantage point.

I’m convinced that the many amazing photos taken of this lighthouse were either done by someone who was on a boat or a brave soul who arrived very early and clambered down the rocks for the best view.  We got there a little late (it was a bit of a drive from our Bar Harbor location) and just had to go with what we got.

When you arrive at the lighthouse after parking you have two paths to choose.  One will take you to the side of the lighthouse that everyone wants to photograph.  You wind your way downhill through the pines to see the amazing view of the ocean, the rocky shore, pine trees and the lighthouse…with so many other viewers. 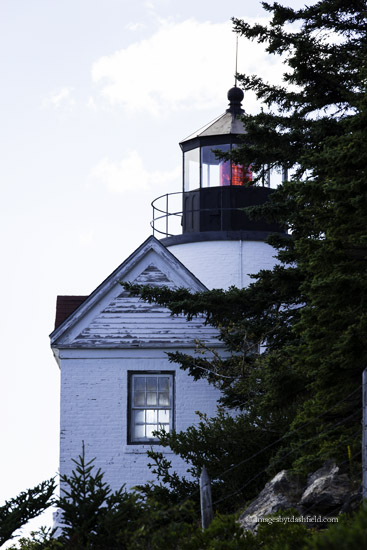 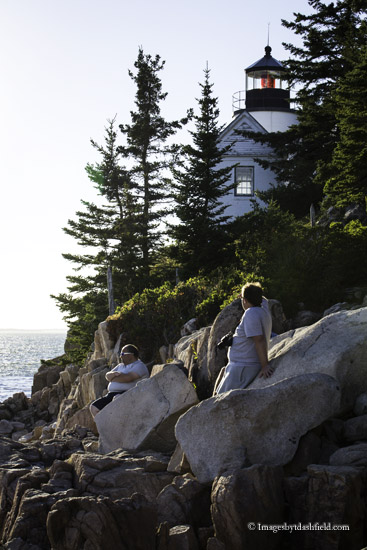 There were some brave souls that climbed down the rocks to get a better vantage point; some even with their tripods.  I was not that adventurous and decided not to go too far down rocks like these for the shot. 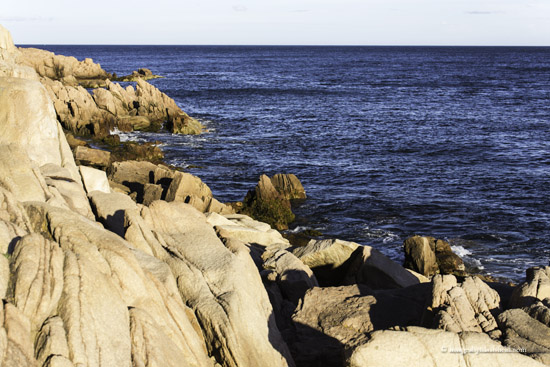 I know I gave up too soon without a harder effort but sometimes you’re brave and sometimes you aren’t in the mood to get stuck between a rock and a rock so it was back up the path and around to the other side of the lighthouse to wait for the sunset. 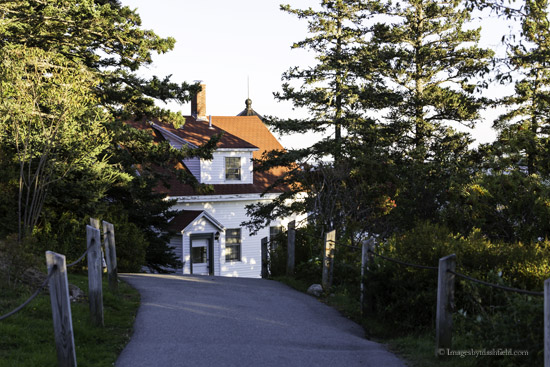 In the end I completed a cycle of sunrise and sunset photos with capturing the first sunrise in the United States from the bay in Bar Harbor and then this beautiful sunset from the opposite side of Arcadia.  I do want to return one day and maybe even climb down those or some other rocks for that great photo. 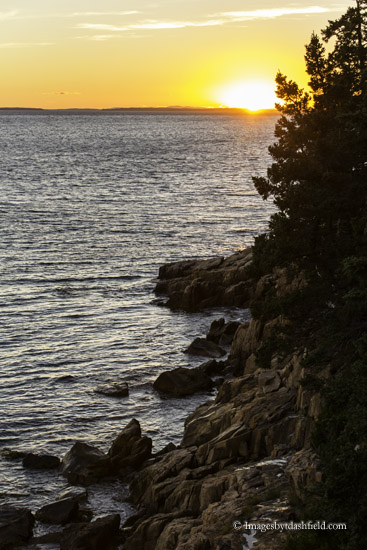 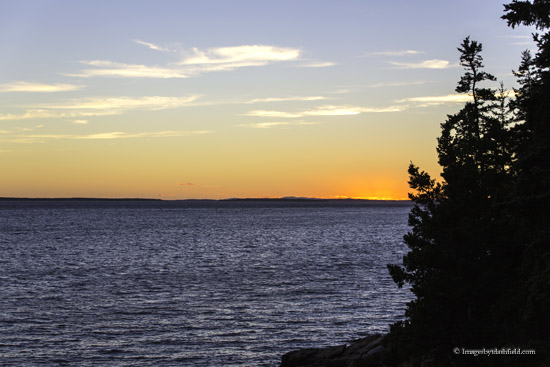