Sledding with the pompom squad

Posted on January 5, 2018 by imagesbytdashfield

What is it that is so fun about fuzzy pompoms on hats?  Almost every little girl on this snowy hill had on a hat with at least one pom on it.  Let you in on a secret… the photographer had one on her hat too.

When I took this photo it was, obviously, snowing but it was also very overcast and grey.  Upon uploading it into Lightroom I had two (at least) options for editing.  I could’ve left it grey to convey what the weather was like at the time or I could opt to lighten it up a bit.  I chose the later.  I did a bit of exposure lightening but mostly I upped the whites slider until I liked what I got.

Why not just leave it at adjusting the exposure? I found that when I increased the exposure I lost some of the separation between the girls and the trees behind them and I didn’t like that look.  That’s the great thing with non-destructive editing.  You can tweak an image to your hearts content without doing damage to the original. 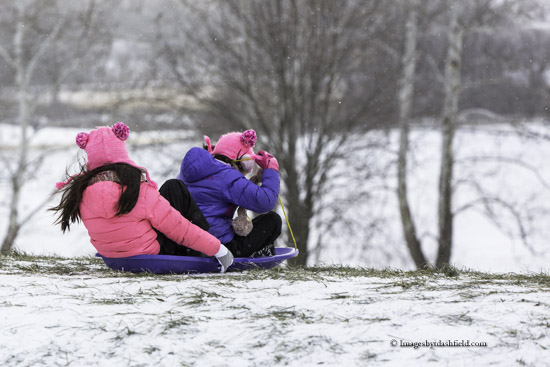 10 Responses to Sledding with the pompom squad