Posted on November 2, 2018 by imagesbytdashfield

Human beings have long stared into the sky to look at the full moon and when everything works in harmony (like weather conditions) it is a beautiful sight to behold and to photograph.  But how do you get a good image of the moon? Practice, perseverance and using some tips on how to shoot and edit your image.  I have tried many different settings in the years I’ve been photographing the moon but for this shot I used one photography tip and one editing tip with a few personal tweaking choices added in.

This image was shot using a Canon 5D Mark III with a Canon 100-400 F4.5-5.6L IS II lens at 400mm (although in editing it shows I was at 371mm which I cannot figure out why; perhaps some lens creeping) 1/200 sec, ISO 200 and F 10 all hand held no less.  Those suggested settings came from a video by Tony Northrup here.  You don’t necessarily have to have a very long lens to get a great photo of the moon but it does help.  Otherwise there will probably be a lot of cropping of the image.

Once I imported the images into Lightroom I began to tweak away on my own when I decided to see how others did their moon photo editing and I ran across this video by a Kim Letkemen here.  His video was made in 2015 so there has since been more advances in Adobe photo editing programs but it was a good base for me to use and as I said before, there was some tweaking of my own like converting it to one of Adobe’s black and white profiles.

Everyone has their own way of shooting and editing the moon but these are two tutorials that I used and as you can see they helped me produce a pretty good image.  Now when I learn how to do stacking I’ll really be dangerous 😉 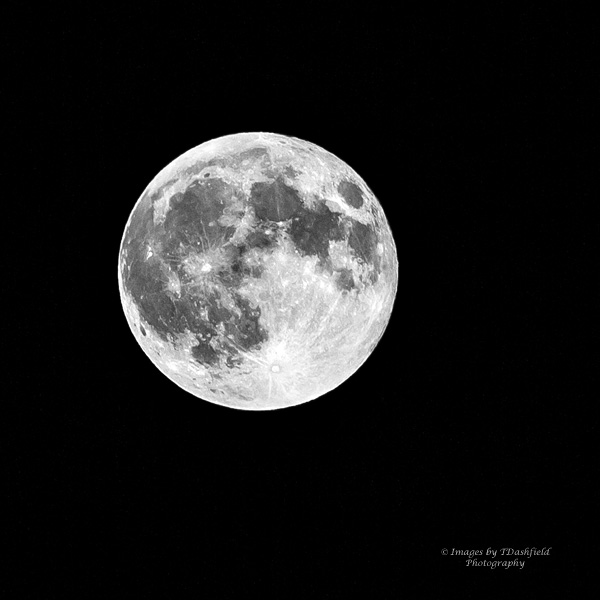