Posted on March 19, 2019 by imagesbytdashfield

Old Town Scottsdale has a little bit of everything for the visitor.  You can find a variety of restaurants (my personal fave is Cien Agaves – try the guacamole!) that will take you from breakfast to dinner.  Loads of gift shops to buy southwestern jewelry, shirts, blankets, pottery and more.  There are the more upscale art galleries and clubs.

Nothing like eating out on the patio of Cien Agaves in February.

Basically it is a tourist zone.  That’s not to say that there aren’t great things to see and buy but when I was looking at some “native” baskets in a store, I flipped one over to see that they were not made by a native in the United States… tourist stuff!

There are some historic places in Old Town such as the Sugar Bowl Restaurant; an ice cream parlor and arcade which has been in business since 1958.  A lot of great things were made in the 50’s – wink wink! 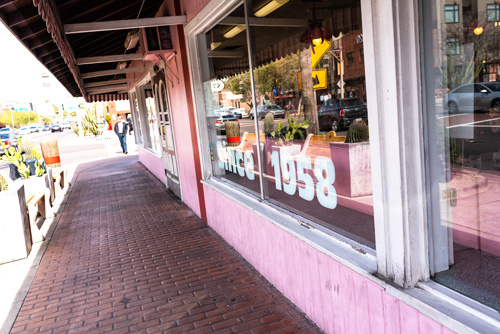 It’s fun to stroll around and take in the sites, have something to eat, people watch, maybe get a souvenir or two or just sit and enjoy the sun.  That is until the weather turns even warmer where you will not see nearly as many people around as you will in the “cooler” months.  I’ve visited in January and February and the area was elbow to elbow with people but one year while there in June it was practically a ghost town.

The people you meet when you’re shooting the street… 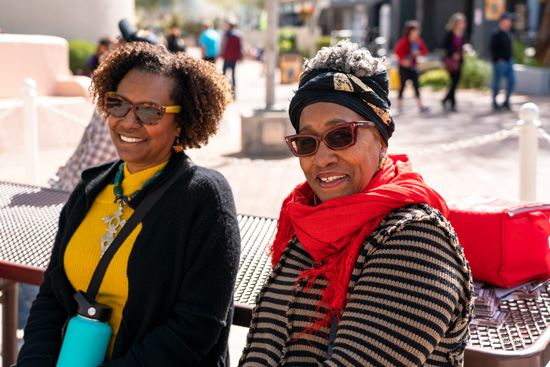 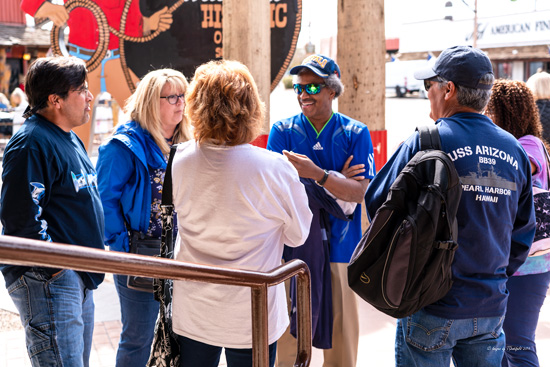 Wonder when they started adding the city bikes?

My trips to and throughout Arizona has been a thing since I was a child and although I do enjoy visiting the big cities, being in the outdoors is slowly becoming more to my liking.  Well, New York and Chicago are still two cities where I’m all about the hustle and bustle.  What do you prefer to do when traveling?  Bright lights big cities or smaller more open spaces?