Posted on May 1, 2019 by imagesbytdashfield

Deep in the heart of Chinatown lies a street with a very violent history which has garnered it the nickname of The Bloody Angle; the deadliest street in American history.  Doyers Street is a very short and narrow street bent at nearly a 90 degree angle which is something you don’t see much of in New York City.

New York has always been a home to various immigrants from across the globe and by the 1880’s enough Chinese immigrants had settled on Mott, Pell and Bayard Streets that it became the beginnings of Chinatown.  Doyers Street was the little shortcut right through those streets.

The tenements then held gambling spots, pool halls, prostitutes and opium dens.  Initially there was a peace between the Tong gangs on Doyers Street with part of it being declared neutral ground until one event started the bloody gang wars which used guns and hatchets!  The use of hatchets supposedly is how the expression “hatchet man” came to be.

In 1909 the gang wars escalated after the brutal murder of a woman.  Two accused men were tried but acquitted.  It wasn’t until around 1913 that there was some peace in the area.  The curved and narrow street now welcomes tourists and teems with restaurants, hair salons and places to buy souvenirs.

Walking along the busy narrow streets today there are no traces of its violent past, only people going about their daily lives. 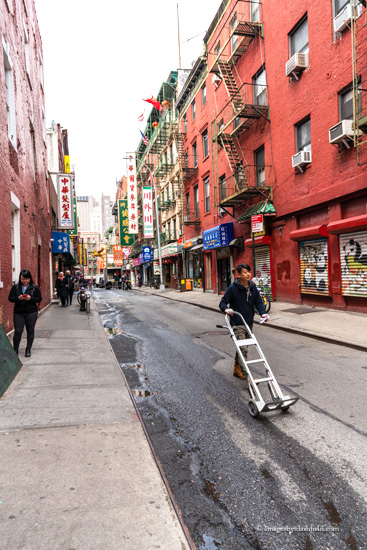 And art on Doyers and Mott Street. 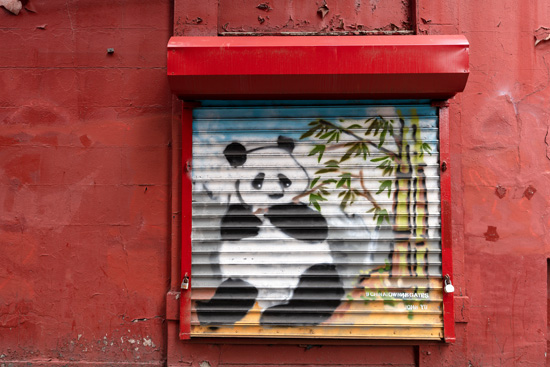 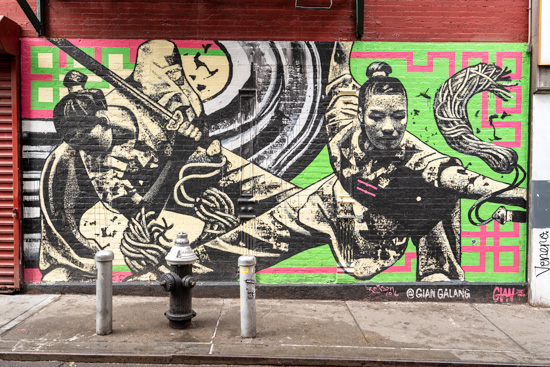 (Read more about the history of this area here and here. )

8 Responses to Chinatown – The Bloody Angle