A big announcement for foodies

Posted on September 12, 2017 by imagesbytdashfield

Alton Brown, surprisingly, was one of the guests at Dragoncon.  After his loyal fans (I being one of them) stood in line for quite some time (see below) we were treated to a panel that featured Alton and those who worked with him on the show Good Eats.  What you can’t see from this photo is that as much as there were a lot of people in front of me, there were at least as many behind me; wrapping around the hotel.  That frequently happened for certain panels.  Hearing “who are you in line for?” was common. 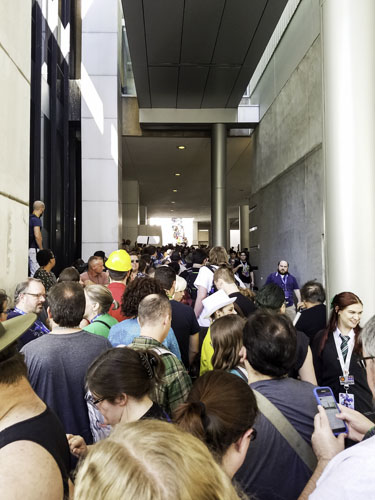 They had some funny and informative stories to tell and then he made the announcement that sometime in 2018 he’s getting the band back together and Good Eats will once again air on Food Network TV.  The crowd rejoiced! 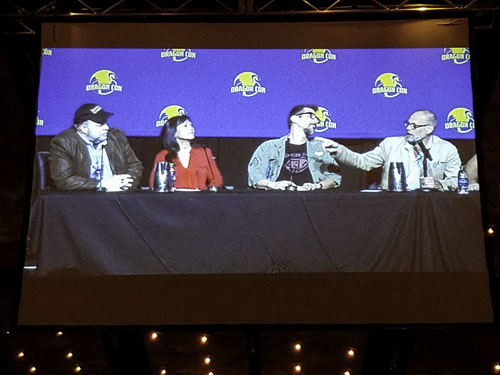