For the birds – Falcons

Posted on December 5, 2019 by imagesbytdashfield

Finally (well, at least for the moment anyway cause something else exciting is around the corner) I’m back to trying to finish a photo series – our day at the Audubon Society’s day with the raptors.  We signed up for the falconry class because let’s face it, photographing falcons in flight is just an opportunity not to miss!

But miss it we did.  Not because we didn’t make it to the class on time or anything on our or the falconers fault.  No!  It was nature putting a monkey wrench in things.  Rain was predicted – and did happen – so it was decided it wouldn’t be prudent or safe for the falcons to be out in that weather so they wrangled us into the big conference room where we were only able to photograph the falcons on glove.

They tried to get one of the owls to fly but it wasn’t having it but there was a beautiful hawk which was their ambassador bird who did fly inside of the room.  I even got to be one of the few that were able to experience it flying to glove.  Let me tell you there is nothing so scary but beautiful (and quite silent) as a hawk swooping in on your extended well gloved arm holding a piece of meat.  The look on my face as I saw it change from a flying position to pulling back and extending those sharp claws must have been something else.  I was smiling though; just a slightly terrified smile.  By the way, that bird weighed next to nothing even though it appeared as if it could be heavier.  More on him later.

A male and female couple.  The female is on the left and the male is wearing the hood. 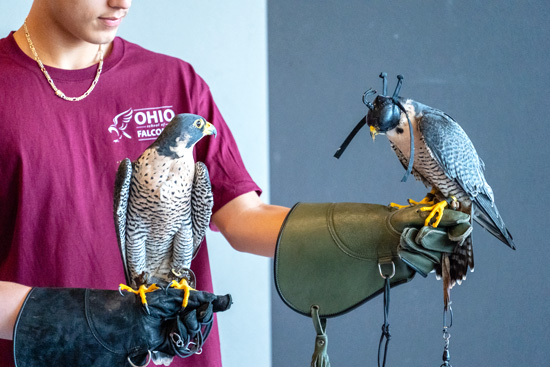 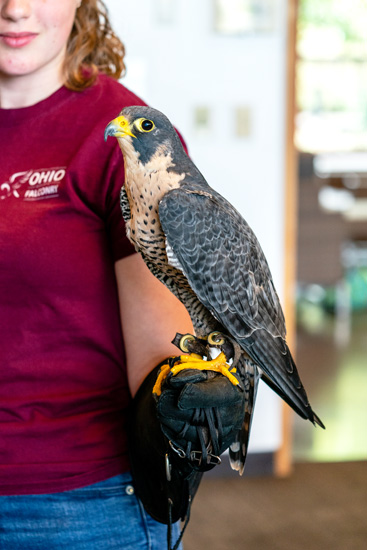 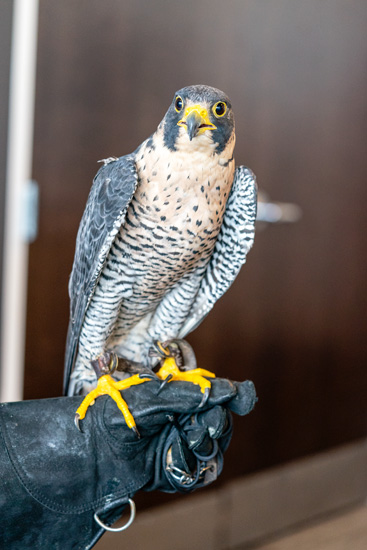 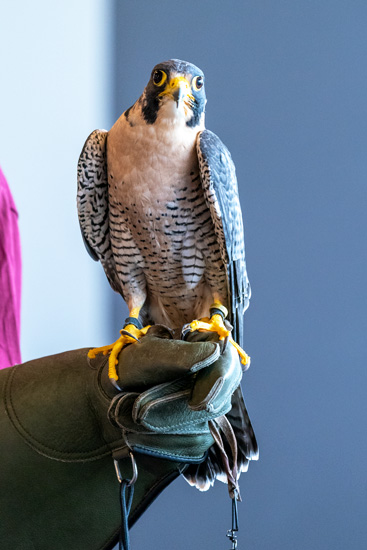 I could see why falcons and falconry were once considered the “sport” of royalty.  Seeing them made me think of every old movie with a royal someone on a horse out and about for the fun of it.  They are beautiful birds; amazing how dinosaurs have evolved isn’t it? 😉

Have you ever tried or wanted to try something like this?  Let me know in the comments.

17 Responses to For the birds – Falcons